Direction: For this part, you are allowed 30 minutes to write on the topic Changes in the Way of Education. You should write at least 120 words but no more than 180words.

As you are probably aware, there have been some significant changes to the way we live and work with the rise of the Internet. From my perspective, of all the changes that have taken place during the past quarter-century, perhaps the most far-reaching has been the way of education.

For one thing, instead of enrolling on various courses in a brick-and- mortar school as usual, students in growing numbers are participating in online learning more often based on its higher efficiency, more convenience, lower cost and faster and easier access. This is an ideal option for those with unconventional work hours, those working full time, those serving in the military or those raising a family. For another, the conventional method of education such as books and desks may not be the optimum learning environment for every student since online education is offering learning experiences that are more tailored to individuals.

To sum up, as far as I can see, the changes in the way of education cannot be undervalued and online class. As a means of transferring information and knowledge in real time all across the globe, education does not just produce a positive impact on our academic study, but leads us to a fulfilling and rewarding life.

For this part, you are allowed 30 minutes to write an essay. Suppose you have two options upon graduation: one is to find a job somewhere and the other to start a business of your own. You are to make a decision. Write an essay to explain the reasons for your decision. You should write at least 120 words but no more than 180 words.

If given two options after graduation, that is, to take a job in a company or to go to a graduate school, I'd prefer the latter.

First and foremost, it is widely acknowledged that a higher level of education means better payments and more opportunities in the future in China. Therefore, I think another two or three years' investment in graduate education must be worthwhile in the long run. Secondly, I love my major and have a strong desire to further my study so as to deeply explore some academic issues in this field. Finally, the job market for undergraduate students is too competitive for average students like me to find a satisfying job. Thus, it would be a better choice if I could obtain a master's degree.

Considering the three reasons listed above, I would choose to go to a graduate school after graduation to earn a better future.

Directions: For this part，you are allowed 30 minutes to write an essay commenting on the saying “Never go out there to see what happens, go out there to make things happen.”You can cite examples to illustrate the importance of being participants rather than mere onlookers in life. You should write at least 120 words but no more than 180 words.

There is no doubt that we should never go out there to see what happens; instead, we should take actions to make things happen. A telling example is Youyou Tu. She and her colleagues made 380 extracts from 2,00 herbs before they finally succeeded in discovering the pure substance qinghaosu, which can be used to treat malaria. As we all know, there were numerous scientists who wanted to find this substance, but it was her firm actions that made her the first Chinese Nobel laureate in medicine.

Why?Reasons are quite simple and can be listed as follows. To begin with, only by taking actions can we find the best way to solve those problems we are facing, but as a bystander, we can learn nothing meaningful. In addition, in an age full of ruthless and relentless competitions, without taking actions to make things happen, we are bound to lose those valuable opportunities. For instance, if Apple had just gone out there to see what happens in mobile phones, it could not have presented the amazing product, iPhone, to us.

Accordingly, we college students should not just be a watcher but a doer. In my humble opinion, we can start from applying what we have learned into practice.

Directions: For this part, you are allowed 30 minutes to write a letter to a foreign friend who wants to learn Chinese. Please recommend a place to him. You should write at least 120 words but no more than 180 words.

How's everything going? Last time you said you felt inclined to learn Chinese but had no clue where to start. So I'm writing to recommend a place to you -- the Confucius Institute, an established language center aimed to promote Chinese language and culture.

The reasons for my recommendation are as follows. Firstly, this Chinese government-funded educational institute is staffed by the most experienced, professional Chinese teachers, which ensures high-quality instruction. You can turn to them whenever you encounter difficulties in mastering the tones and the characters. Secondly, students there are encouraged to take part in activities ranging from making traditional food to learning clligraphy, as a means of exposing them to the appealing aspects of Chinese culture. Besides, the organization is now widely embraced by more than two million students. That means you aren' t alone as a beginner and will probably forge deep friendships with other learmers.

Learming a language from scratch won't be easy. But I believe you'll find yourself having fun while improving your Chinese proficiency.

Directions: For this part, you are allowed 30 minutes to write a news report to your campus newspaper on a visit to a local farm organized by your Student Union.You should write at least 120 words not more than 180 words.

In order to help us students to enrich life and broaden horizon, the Student Union organized a meaningful activity on last weekend--visiting the local farm, by which we grasped much useful knowledge about agriculture.

The farm we visited is located in the suburb of Beijing and far away from our school, which covers an area of 1000 square feet. Along with native foods like rice and potatoes, the farmers on the farm grow many organic vegetables, including corn, cucumbers, tomatoes and so forth. Besides, the farm breeds a host of local species such as dairy cattle, geese, chicken by modern scientific technique. One of the most impressive things for us is that by means of green farming methods, the problem of environmental pollution has been effectively alleviated.

This outdoors activity has a really deep impression for us. Not only did it get us closer to the nature and relieve pressure from us, it also enhance our professional knowledge about husbandry technology. 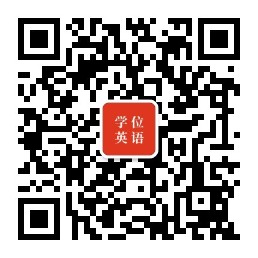 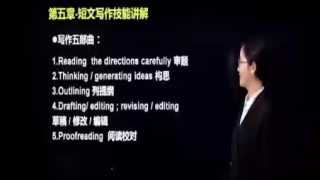